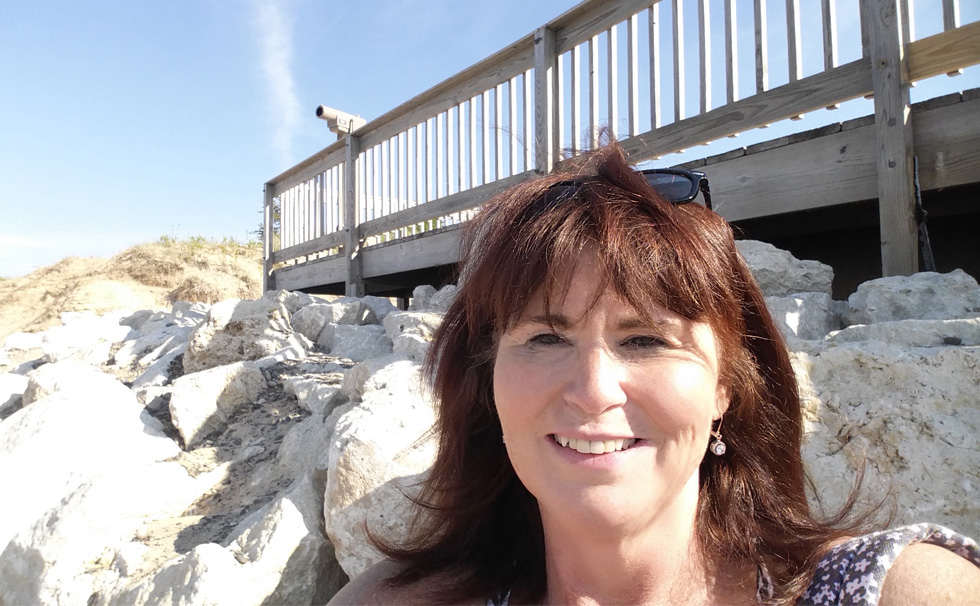 We would love to introduce to you our newest addition to the Titus Two Women’s blogging team. We love that God has called women to share the stories HE is writing with women who need to hear what HE has to say. Enjoy her story in her own words below!

Who is Lorie Marcum?

In the past and even now when someone says that to me, it’s not a simple request but a challenge. Most of the time I will joke and say, “I’m just a girl with a curl and all I know is I don’t know.” So, for now, just call me Lorie.

It would be an injustice to my Almighty if I left it at that for this blog. He has moved heaven and earth and so much more to bring me to who I am today, to this place, to this moment, to being single.

Until I was 15, my life was much like the average kid. I lived in a household with two older brothers and an older sister. We were most likely a low middle class family living in an upper middle class neighborhood. I would realize later even that was part of God’s plan. It was a fabulous neighborhood with lots of kids that we ran the neighborhood with in the summers and our parents didn’t even need to know where we were because another mother knew… and we were safe.

I had “unequally yoked” parents. Not just spiritually but in almost every other aspect of their life and personalities. That did not become clear until a tragic day in my 15th year.
My Daddy – I can’t tell you how big and strong and happy and funny and honest and genuine and protective and loving and engaged and involved he was in our lives. He was a man who worked sometimes 3 jobs to keep his four children fed, clothed, sheltered and oblivious to how un-financially secure we were. He wasn’t perfect – he was a drinker – we practically grew up at the VFW and American Legion with his veteran friends and families. Along with our neighborhood that was our community. If we weren’t with our neighborhood friends we were with him at one of those places. (a short side-bar here – I was one of the lucky kids. Daddy’s drinking was just drinking. I never remember him driving us while he was drunk or becoming angry or abusive. A blessing or a curse, he held his liquor well).

Mother – well until the days immediately following the tragedy of my 15th year I thought she was a normal mom. I thought she did what all moms did – she made sure we were fed, clothed and sheltered. Unfortunately, that was all she was capable of.

In August of my 15th year my daddy, my hero, died. Very suddenly. Of a massive heart attack. He was at home when it started. After a brief conversation over the phone with the doctor, my brother, my sister and I rode with Daddy to the doctor on our way to the American Legion where he planned to “call bingo” that night. My mother planned to come later. But my daddy never left the doctor’s office of our small town that day. We went home without him. It was so fast, it was so final, it didn’t make sense.
It was in the coming days immediately following Daddy’s death that I began to realize the expectations of my mother would come to define who I thought I was. That’s where the most wonderful 15 years of my life ended and the next 40 years I would become single….and I would become God’s.

I am single. My name is Lorie Marcum on paper but my last name has not connected me to a family since that awful day of my 15th year. So, for now, just call me Lorie.
Through this blog you will come to know who Lorie is but more importantly I pray you will be reminded or introduced to who God is! HE is the Hero of all heroes to me and I promise you He IS for you too!

Fit for the Father