My Story by Susan Rademaker 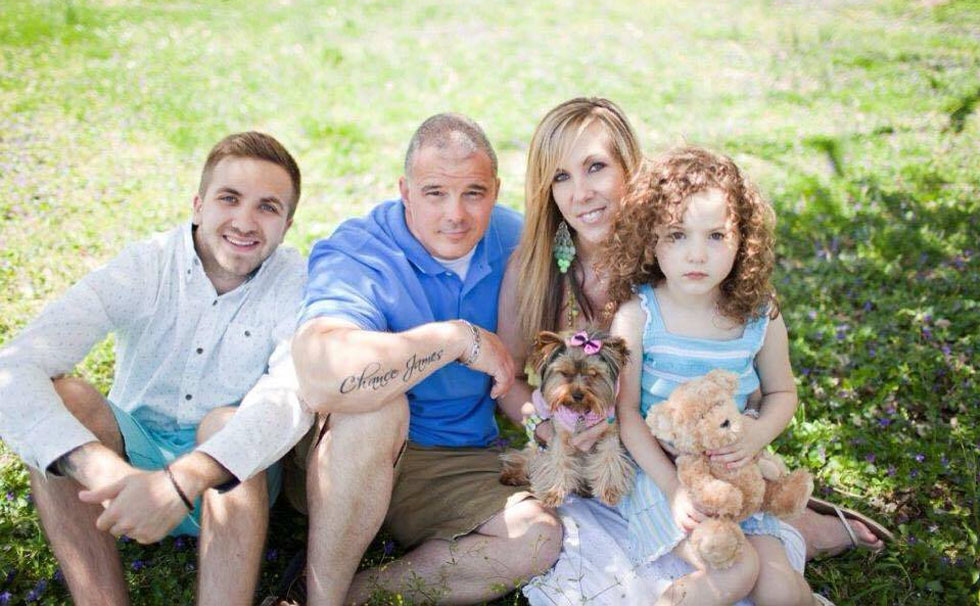 I slowed my car to a stop as I approached the red light.  In my peripheral, I caught the image of the lady in the car next to me.  She was alone, shakily dabbing a tissue at the tears that streamed down her cheeks.  The light changed and we drove our separate ways.

I wondered what her story was.  Everyone has one.

What happened to cause her to shed tears in her car, while sitting in the midst of that busy intersection?  What turmoils had she suffered?

I have a story.  I have been that lady in the car who could no longer suppress the sadness.  I recall forcing myself to pull off the road because my emotions demanded to surface.  For a moment, I thought I was going to have to call my husband to retrieve me, but I managed to get myself together enough to safely make it home.   You see, in my story, I endured a pain that no mother should suffer and my son endured pain that no child should suffer. My story officially began on January 20, 1976.  Apparently, I decided to come into this world during a snowstorm.  I am certain my mom was ready for a cigarette and some coffee!  My sister and I grew up somewhat poor, by American standards, but we never starved for nourishment and certainly were never starved for love!  We were great friends, although at times, I sure did all I could to make her life miserable.   Our parents divorced after 16 years of marriage.  I was a baby.  My sister was five.  Dad was a party animal who liked other women.  I guess Mom eventually got tired enough to rid herself of him.  We soon ended up with a pretty cool stepdad who has since passed away and we now have another pretty cool stepdad.

Fast forward, up to and through my teenage years.   I was tall and gangling; often on the receiving end of ridicule, because I always knew the answers to the questions in class and I had dreadfully crowded teeth.  Middle school children are the cruelest.  Nevertheless, my high school years were a blast!  I finally got braces my senior year and began developing into a fairly attractive young lady.  I naively fell in love with the high school bad-boy-dropout.  I came to my senses about him when I was eight months pregnant with our son; Tyler.  I mostly raised Tyler on my own, but his dad and I remain good friends.  He is family.

I partied frequently during my twenties.  That is, when I was not working one of my two jobs and raising Tyler, to the best of my ability.  Oh, I did marry a man when I was 23 but we were divorced before I turned 24, so I am not sure if that really counts (of course, I know it does).  He was abusive.  All of the signs were there.  I chose to stupidly ignore them.

At 30, I was still partying, but I had also made friends with the man to whom I am presently, blessedly, and happily married.  I began attending the Louisville Church of Christ approximately the same time we realized we were more than friends.  I knew soon into the relationship that this was the man with whom I wanted to build my life.  Five months after we began dating, Tyler and I moved into his house.  We continued to go to church and study The Bible.  Five months later, I became the wife of Sean Paul Rademaker and we both became Disciples of Christ.  Tyler was eleven years old.  Both of my “men” seemingly did well adjusting to our new family. Sean and I wanted a baby together but a baby was not happening.  We finally invested $26,000 into an in-vitro fertilization procedure and were blessed with a pregnancy of fraternal twins; a girl and a boy.  We were ecstatic and petrified.  Twins!  TWO babies!?!  We wasted no time in choosing names; Taylor Grace and Chance James.

Now, this is the part of my life to which people refer when they ask me to share my story with others.  As the pregnancy progressed, we were told that Chance’s heart did not fully develop.  Oh, but there were a series of heart surgeries that could help him potentially lead a normal life.  It sounded like life was about to get complicated, but little did we know what an understatement that was.

There is no way I can summarize what we went through over those next three years.  We endured five heart surgeries, an emergency repair for perforation of his intestine, and a stomach surgery.  I lost count of the number of times I got down on my knees and prayed to God to please just get my baby boy through this day.  On top of this, I was a wife, raising a teenager, and Chance’s twin sister.  I continued to work a full time job as an HR Generalist.  I learned to balance a baby on each hip while pointing my finger at my teenage son and attempting to cook a meal for my family. Sean would prepare Chance’s medications and feedings for the evening.  We learned more than we ever wanted to know about feeding tubes, oxygen, pacemakers, and heart monitors.  Together, we learned what I call the three P’s; prayer, patience, and perspective.  It could always be worse. My prayer had always been when it became too much pain for Chance, that Jesus would take him home.  That day arrived when Taylor and Chance were two years and nine months old.  It was December 17, 2011.  Chance had been in the hospital, this time, for 17 days.  It started with a collapsed lung.  In one week we went from thinking he would be home in time for Christmas, to making the decision to let him go.  His blood pressure dropped dangerously low.  Medication was barely keeping it stable.  He was placed on a ventilator to breathe for him.  His kidneys were beginning to fail.  We met with his doctor and made the heart wrenching decision to stop the blood pressure medication.

Jesus welcomed Chance into His Kingdom about four hours later.  I vividly recall kissing his little forehead, knowing it was for the very last time.  It was no longer warm, but he still smelled like my sweet and stinky little boy.  I fingered his precious curls matted to the top of his head.

This is where I will begin my conclusion, but this is not where my story ends.  We do not necessarily get to choose all that happens in our lives or our stories.  We do, however, get to choose how our stories are written.  I did not get to choose Chance’s broken heart.  Someone else authoring my story may have ended the story when he died, but I am writing this story and I refuse to let the story end with his death.

I hope you are as excited as I am about the next chapter in my story.  Stay tuned……..but what is your story?  You don’t get to necessarily choose it, but you do get to choose how it is written and how you respond to what comes about in your life.  I choose hope.  Think about joining me in choosing hope.

Many are the plans in a person’s heart; but it is the Lord’s purpose that endures.